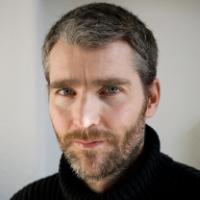 I have been employed at ENGEROM for more than four years. In January 2019, I came to Copenhagen to start a position as a Marie Curie Fellow. My research project was concerned with German Romantic philosophy of language. Since 2021, I have held a postdoc position in the VELUX-funded research project ‘Where Love Happens: Topographies of Emotions in Nineteenth-Century European Literature’ (PI: Lene Østermark-Johansen).

My new project is dealing with the history and theory of emotions from Romanticism to the beginning of the twentieth century. In connection with these issues, I have directed my research interests towards the field of medical humanities and, in particular, the relationship between technology and the psyche in the works of Günther Anders. Currently, I am organising a conference entitled ‘The plasticity of emotions: Günther Anders’s contribution to the history of feelings’. The aim of this conference is to give a comprehensive account of Anders’s ideas and relate them to our present situation. The event takes place in June 2023 in Copenhagen.

I was already occupied with the relationship between technology and mental health issues in my previous work. I investigated, for instance, the narrative strategies in contemporary literature to represent pathological states of the mind resulting from the impact of surveillance techniques on the human psyche (link). The literary representation of trauma was another concern of mine. In an extensive afterword accompanying 33 elegies written by Günther Anders during his exile years in New York, I tried to show how these poems were meant to deal with a situation in which the unexpected arrival of lost family belongings suddenly reactivated a traumatic experience. In another piece, I gave an account of W. G. Sebald’s pathography of emigration. It turned out that in Sebald’s works — ‘a culmination of the trauma fiction genre’ (Roger Luckhurst) — trauma is inseparably linked to technology.

Over the past years, I did extensive research on German Romanticism and German Idealism, working, for instance, on the Romantic theory of polemics, on Friedrich von Hardenberg's philosophy of language, on the modern concept of "farce" and its emergence around 1800, on Kant and emotions, and on Novalis's novel Heinrich von Afterdingen (Ph.D. thesis). With María Verónica Galfione, I co-edited a volume on Romantic individuality and critical responses relating to it.