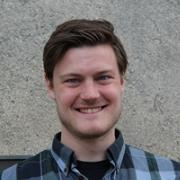 Many neighbourhoods in Denmark have major social challenges with young men and their ability to take an active responsibility for their own life situation. In order to create new perspectives on these young men’s lives, this research project takes its starting point in these, aiming to give them the ability to achieve life competencies and give them survival skills via active participation in team sports, various social and technical learning activities as well as coaching/mentoring.

In a late modern context, where development among young people to a large extent revolves around ”creating yourself” and is characterised by a extreme level of collectively oriented individualism, it seems plausible there is a connection between individual capacity and skill development and the readiness to take on active citizenship. ”I get involved because it makes sense for me, but also because I feel that I can!”

In a context where an individual is personally responsible for his or her own success, most people get involved in areas where they have a realistic chance for success. In outer Nørrebro, an area with a large population group of persons whose ethnic background is not Danish, the project group will take as its starting point the daily life of boys from the 6 - 8th grades (approximate ages 13-16) at Rådmandsgades School.

Through a community around a triangle that consists of a team sports project as well as coaching and mentoring, the project’s goal is to challenge the boys to work with the theme survival skills and active citizenship, so they actively experience the ability to take responsibility for themselves and others in the arenas where they function every day.

Expressions such as life competencies, survival skills, active citizenship and social cohesion will be central for the project, which aims at developing models that can be used outside ”2200 København N” as well.