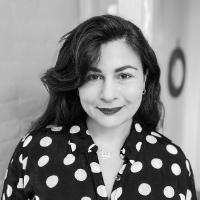 Jenny joined the University of Copenhagen in September 2020. The objective of her research is to theoretically, and employing an inter-disciplinary approach, analyse the development of Hungarian constitutionalism in the period between 1989-2012. Her PhD research presently focusses significantly on post-colonial theory and identity in European Constitutionalism. The thesis is provisionally entitled: Hungary and the End of Empire(s): The Mnemonics of Constitutionalism, Identity and Statehood (1989-2012). The PhD is supervised by Professor Jan Komárek and forms part of the IMAGINE: European Constitutional Imaginaries: Utopias, Ideologies and the Other project, funded by the ERC Starting Grant, and hosted by the Danish National Research Foundation’s Centre of Excellence for International Courts (iCourts).

Prior to joining the Faculty of Law, Jenny worked at the Permanent Representation of Malta to the EU between 2015 and 2019 as Malta’s Representative to the Nicolaidis Group. Whilst coordinating and leading the Foreign Policy Unit during the country’s Council Presidency in 2017, she also served as Mashreq, Maghreb (MaMa) and Middle East (MOG) as well as Human Rights Committee delegate. Following her posting to Brussels, Jenny was appointed Deputy Head of Mission and Consul to the Embassy of Malta in Egypt in July 2019. Before becoming a diplomat, Jenny held a number of internships at the European Parliament in Brussels, the UN International Criminal Tribunal for the Former Yugoslavia and Rwanda in The Hague as well as the House of Commons in London. Jenny also worked temporarily as an Assistant Researcher and Editor at the London School of Economics and Political Science as well as as a legal intern at B&D Law Firm in Beijing, China. Jenny graduated with honours from University College London (UCL) where she holds an undergraduate degree in Law. She was awarded two academic excellence awards for her research analysing English Law through a political sociology lens.

She graduated, with Distinction, from the London School of Economics and Political Science with an MSc in Politics and Government in the European Union. Jenny currently lectures undergraduate students at the Faculty of Law in Criminology and Global Challenges in International Law, whilst completing her LLM thesis.