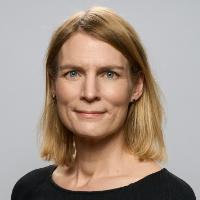 The research focus of my group concerns human brown fat, its potential to counteract obesity and type 2 diabetes and its role in human metabolism. We characterized human supraclavicular brown fat and demonstrated, for the first time, that brown fat precursor cells can be isolated from adult humans and differentiated in vitro while maintaining features of brown fat. We further concluded that human brown fat is a heterogeneous tissue and since then we have been developing single cell methods with the aim of isolating pure brown fat cells, to investigate the full potential of these cells in terms of energy consumption and additional metabolic features. Another major interest of my group is to identify adipokines specifically secreted from brown fat. We hypothesize that there are yet unknown brown adipokines, i.e. batokines, with an important role in regulating human metabolism.