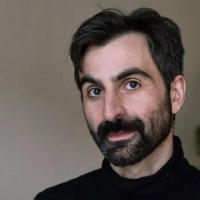 Torture, as any form of violence and suffering, can prove amorphous and ambiguous. It need not be gruesome and spectacular, nor be physically evident in bruises, burns and broken bones. Much (such as solitary confinement, sleep deprivation or threats) do not leave behind readily tangible and visible evidence. This absence has proven problematic for those, particularly advocates and adjudicators, called on to detect, document and decide on allegations brought forward by victims subjected to so-called ‘psychological’ (or alternatively ‘mental’, ‘non-physical’ or ‘stealth’) forms of torture. At the same time, the juridical anti-torture framework promises that such forms are attended to as torturous techniques and practices are more firmly understood and established and become socially unacceptable. However, it is unclear how human rights adjudication responds to this change. My research examines the dimensions and dynamics of this problematic promise, asking: how do (or have) international human rights adjudicatory bodies (and their orbiting actors) respond to cases involving psychological torture? How do (or have) they imagine(d) and evidence(d) these cases?

Through a socio-legal lens, my research sets out to empirically explore the individual and institutional dynamics that shape the processes and outcomes of litigation on psychological torture (such as those related to judicial perception, availability, admissibility and probity of evidence, professional competence, victim participation). Three prominent international adjudicatory bodies central to torture-related claims will be focussed on: namely the European Court of Human Rights, the UN Committee Against Torture, and the Inter-American Court of Human Rights. A fuller understanding is thus developed of relevant advocates and adjudicators’ experiences, practices, competencies and positionalities operating in these empirical sites.