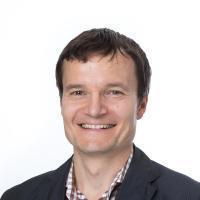 From February 2019 I am the Principal Investigator of the ERC Starting Grant project, IMAGINE: European Constitutional Imaginaries: Utopias, Ideologies and the Other.

I joined iCourts in September 2017 after having spent seven years as an Assistant and later Associate Professor at the London School of Economics and Political Science (LSE). I earned DPhil from the University of Oxford in 2011, and other degrees from the Charles University in Prague (Mgr., JUDr.) and Stockholm University (LL.M.). I also hold diplomas from the University of Cambridge, Academy of European Law of the European University Institute in Florence and Central European University in Budapest (Total Law course). Before entering academia I had worked in practice, as a legal cousellor at the Czech Ministry of Foreign Affairs and a legal secretary to the President of the Czech Constitutional Court.

Besides the LSE I have taught at various institutions in Europe (e.g. Science Po Paris, University of Lund or as an GTA at the University of Oxford), courses focused on both doctrinal study of EU law and also interdisciplinary courses in EU law and politics at a postgraduate level.

Information for potential PhD students, who would like to work with me, can be found here (topics "Judicial legitimacy – normative approaches" and "Ideas and ideologies of European constitutionalism"), but I am always open to accepting highly motivated students with their research question close to my own interests.