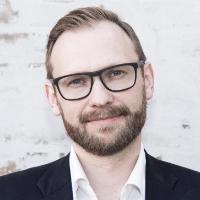 From early 2021, I continue my research as associate professor and research leader with a Sapere Aude grant from the Independent Research Fund Denmark. The project is called 'Producing Sharia in Context' and it demonstrates how sharia, framed as Islamic law, ethics and practice and observed amongst Muslims in Denmark and Europe, is substantially to be understood as a product of its context.

In addition, my primary research is on Islam and Muslims in Denmark and Europe. Muslims have quickly to become the second largest religious community in Denmark and many other of the European countries. Here I investigate how Muslims are organizing and building sustainable, institutionalized structures. It is all about establishing professionalism, integration, representations and a continious negotiation of positions, ressources and status.

Closely connected to this research there is plenty of occasion to work on a number of related issues; law and religion, religion and politics, history of Christianity and Middle East studies. I will gladly give a talk, a class or sound counselling if needed, and I would love to advice on papers and theses, if relevant to my reserach interests.

From 2021 to 2024, I will be leading a project called 'Producing Sharia in Context' which is made possible with a Sapere Aude grant from the Independent Research Fund Denmark. The project investigates how sharia is to be understood and observed as a product of its context.

From 2017 to 2020, I did my research as part of the project 'Danish Mosques – Significance, Use and Influence,' sponsored by the Independent Research Fund Denmark. My subproject focuses on mosque leadership and power relations between mosques in Denmark.

Read more about 'Danish Mosques – Significance, Use and Influence' here.

From 2014 to 2018, I conducted research in a project called, ‘Imams of the West,’ which was a qualitative sociological interview study of between 50 and 60 imams in Europe, Australia and North America (‘the West’) in order to document how the Islamic religious institution of the imam changes in the challenging encounter with a global, multicultural and post-migration ‘Western’ world.

The three main research objectives are to produce;

Read more about the project here.

Islam in Europe and Denmark. Relations between religion, state and church. Organised and institutionalized Islam. Sharia and religious law. Multiculture, plurality of religions and multiculturalism. Imams in Europe, America and Australia.