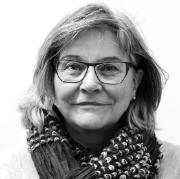 Inger Sjørslev gained her Masters Degree (Mag. Scient.) in 1979 from the Department of Anthropology, University of Copenhagen. After a year of fieldwork in Brazil she left the university to become Curator at the Department of Ethnography at The National Museum of Denmark. As a curator she was responsible for the South Asia collection and she travelled extensively in India and made an exhibition on Indian popular culture. She was also the chief curator of a major exhibition on Brazil, which incorporated some results from her fieldwork. In 1987 she returned to Brazil for a fieldwork update, which resulted in a book, published in Danish in 1995 and in German in 1999.
She had then left the museum world and for some years been an independent consultant, followed by a stipend (Senior Stipendiat) at the Department of Anthropology at the University of Copenhagen. This was before the Ph.D. degree has been implemented at the Department. Without prospects of a career in the academic world, and with communication to a wider public as a steady interest throughout her work, the choice of publishing a book with a commercial publisher, and in Danish, was a deliberate one.After some years in the NGO world as the Director of IWGIA, The International Work Group for Indigenous Affairs, she returned to the Department of Anthropology in 1998 as an associate professor.
Communication to the public has continued to be of high priority in her work, and she has recently published a book on the material turn in anthropology, as well as a textbook for students on theory of science and philosophy in anthropology.
Sjørslev’s multifaceted background has revealed itself both in her research, teaching and publications. A steady interest has, however, been performance and ritual, which was her fieldwork topic in Brazil. The museum background has strengthened her attention to materiality and aesthetics, and she has done a study on housing and material culture in Denmark. Setting out from her NGO and human rights work, she has also pursued her interest in political anthropology, co-editing a book on political culture in Denmark, and recently through a research project on performance and politics.