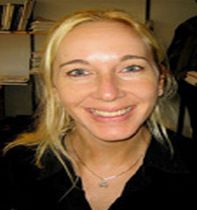 Leader of Group of Brain Development and Disease

The research group of Brain Development and Disease is driven by a fascination of the mind and its matter. The group focuses on the mechanisms involved in neurodevelopment, systemic inflammation, and neurodegenerative diseases such as dementia and Alzheimer’s disease.

We apply methods such as single cell RNA sequencing to understand the cellular diversity of the part of the brain where Alzheimer’s disease first strikes called the entorhinal cortex. Single cell RNA sequencing data has enabled us to develop a novel neuron (brain) cell type from pluripotent stem cells using an approach called direct programming. These cells may provide clues as to why some cells in the brain are more vulnerable to disease than others. Uncovering the cellular diversity of the brain provides extraordinary insight into the complexity of this organ and provides us new evidence for the function and origins of brain diseases.

Our lab is also interested in the importance of the systemic immune environment, especially the gut, its microbiota and infections, and the role these have in the onset of neurodegenerative diseases

Techniques we perform in the lab

2008 – 2011 Yu Gao/Uni of Copenhagen, Denmark: Now a postdoc at University of Wisconsin-Madison

Acted as main supervisor for several masters and bachelor students