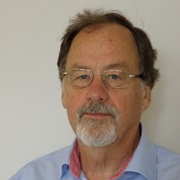 I received the Gold medal from University of Copenhagen 1967 (An application of extreme points methods in probability), dr.phil. 1974 (The embedding problem for Markov chains) and in 1997 I received an award from Dir. Ib Henriksens Fund for outstanding research. I have become the most cited researcher in economic journals in the world in the the period 1990-2000, see T. Coupé (2003), due to the collaboration on cointegration with Katarina Juselius. I received the degree of doctor oeconomicus honoris causa from Aarhus University 2017.