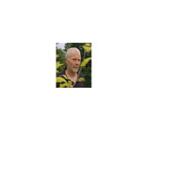 We focus on the microorganism-microfauna interaction; as the motor in the decomposition process, and as a mechanism affecting microbial diversity.

Currently this work occupies two permanent staff and four Ph.D. students/post-docs, and we receive an average of 2.5-3 mill. D.Kr per year of external funding from public institutions like the Danish Research Council, governmental initiatives, Ministry of Agriculture, EU, and from private funds such as the Villum Kann Foundation and Novo Foundation.

I deal with the dynamics of the decomposition process in soil and the interaction of the responsible organisms (bacteria, fungi, protozoa, and nematodes). Main foci are (i) the spatial pattern of organic matter and oxygen availability and (ii) importance of diversity among decomposer organisms for stability of the decomposition towards disturbance. At the population level current work is on resource allocation from plants to above- and below ground organisms. At the system level projects currently deal with increased CO2 and rhizodeposition, as well as variability of plant residues in organic farming. Earlier work has given experience in mechanisms governing trace gas production from soil micro-organisms.