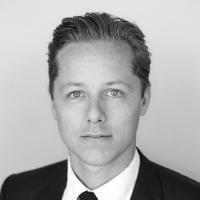 Sune Klinge wrote his PhD about ‘Horizontal effect of EU-Directives and fundamental rights – a legal analysis of legal certainty and the consequences for the member state', supervised by Professor Helle Krunke.

The thesis was about the legal framework of the Danish constitution in relation to transferring sovereignty to EU, and the interplay between EU law and national constitutional law. Analyzing the concept of legal certainty and the various definitions in case-law and in the academic literature both from a Member State perspective and under EU law. It was found that there is convergence more than conflict between the concepts under Danish law and EU law.

Also, analysing horizontal direct effect of the EU Charter of fundamental rights and the consequences for the Member State of non-compliance with EU-law including infringement proceedings and the conditions for Member State liability.

Sune is employed as assistant professor, tenure track, at Centre for European and Comparative Legal studies (CECS), working at an EU project entitled 'Democratic efficacy and the varieties of populism in Europe' (DEMOS), and teaching on the Faculty of law with primary focus on European Constitutional Law and Danish Constitutional Law.