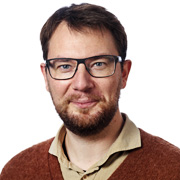 The two-year postdoctoral project that I began in September 2010 is focused on issues in the philosophy of perception and in particular on issues concerning the relation between perception and judgment. Two guiding questions are: (1) Can we do justice to the phenomenology of perception if we claim that the content of perception is propositional and/or conceptual? (2) Can we regard perception as a natural phenomenon without thereby committing ourselves to the possibility of an exhaustive natural scientific account of human perception? The aim is to develop a balanced position that both recognizes the phenomenological specificity of perceptual intentionality and conceives of perception in a way that allows it to stand in a rational relation to our conceptually articulated judgements. Parallel with these investigations I pursue analogous questions concerning the possible involvement of conceptual capacities in our natural capacity to move. In particular I aim at clarifying the potential benefits of transferring the basic idea of a disjunctive conception of perceptual experience to the area of bodily agency.

This research project is funded by The Danish Council for Independent Reserc (Humanities).