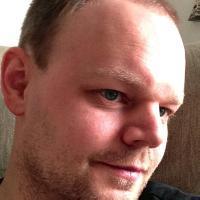 My primary research interests are:

My current research is centred around the project 'Privacy Lost'.

The project aims to uncover how commercial surveillance of web users has developed, and how political, economic and demographic factors have shaped it. The project departs from the fact that some of the large archives of the web which can be found online (e.g. archive.org) not only contain historical web content, but also stores information about tracking, such as for example cookies. In the project, which I lead in collaboration with Prof. Jakob Grue Simonsen from Computer Science at the University of Copenhagen, we use this data to map how commercial tracking has developed from a clever idea to the technological foundation of the business model underpinning some of the largest corporations in the World, such as Google and Facebook. The project examines how the development of tracking has been shaped by the specific social and economic realities in different regions around the globe. The project is funded by the Villum Foundation, the Carlsberg Foundation and the Data+ initiative at the University of Copenhagen.

Prior to the Privacy Lost project, I worked on a project called 'The Peoples' Internet'. The goal of the project is a comparative analysis of the role and development of the Internet in the US, Europe and China, with a special emphasis on civil society and everyday life of internet users. The project began in 2016 and will run for four years. It is headed by Prof. Klaus Buhn Jensen, with me serving as co-PI. The funding for the project comes from a substantial grant from the Carlsberg Foundation. Read more here: peoplesinternet.ku.dk.

I am a member of the section for Digital Information and COmmunication (DICO).

Since May 1st 2019, I have been appointed as research representative in the Media Council for Children and Young People.

I participated (2012-2016) in the research project "The mediatization of culture: the challenge of new media", funded by The Danish Council for Independent Research | Humanities . Through a series of related subprojects, the aim was to understand how digital media contribute to the transformation of existing media culture. My own project is about the transformation of traditional book publishing to e-book publishing. More here: http://mediatization.ku.dk

I also participated in the European research project (2014-2016) MeCetes (http://mecetes.co.uk). The project investigates the rôle of intra-European exchange of television fiction and films for European integration. My own contribution to the project is an investigation of streaming television and as a consultant on the design of the various empirical sub-projects.

Together with Prof. Klaus Bruhn Jensen, I recently lead the project "Media use in Denmark", which was financed by the Danish Agency for Culture. The project aim was to uncover media use patterns in the Danish population, and to investigate whether the increased diversity in media platforms has lead to a fragmentation of public debate. The project was finished in August 2014, and the final report will be published by the Danish Agency for Culture in early 2015.

I do private consultancy work for public and private organizations, esp. in relation to planning and/or evaluation of IT development projects. I also do analysis of markets and infrastructure in the IT sector for public authorities, and I help private and public organizations plan and execute big data projects.

I teach and supervise a broad range of topics, primarily in relation to digital media, and at BA, MA and PHD level. My primary areas are the following: