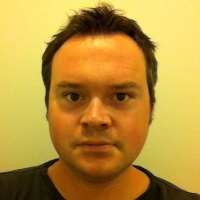 Diabetes mellitus ensues from a deficit in functional beta-cell mass and takes two forms: Type 1 Diabetes arises as a result of autoimmune destruction of the insulin-producing beta-cells; Type 2 Diabetes manifests as a combination of inadequate beta-cell mass to compensate for insulin resistance as well as beta-cell dysfunction. As current regimens for managing diabetes, predominantly insulin injection, result in sub-optimal glycemic control and long-term clinical complications, cell-based therapies for restoring functional beta-cell mass, are highly attractive. Currently, however, the insulin+ cells differentiated from stem cells (either hESC or iPS) in vitro are only poorly functional.

As a postdoc in the lab of Prof. Palle Serup, my research is focused upon mechanistically dissecting the molecular processes governing the differentiation (or neogenesis) of beta-cells in situ during pancreas organogenesis. The overarching goal of our studies is to apply this knowledge in optimizing current beta-cell differentiation protocols to generate fully-functional beta-cells for transplantation into diabetic recipients. To this end, we are examining the involvement of the Notch signalling pathway in governing  beta-cell formation.

The Notch pathway mediates so-called "juxtaposed signalling" between neighbouring cells. Notch signalling has long been known to be required for maintaining the correct numbers of pancreas-specific stem or progenitor cells which give rise to all pancreatic cell types including the beta-cells. It is only recently however, that we have begun to gain insight into additional roles that Notch plays during the pancreatic program. Notch appears to be iteratively used throughout pancreas development to govern multiple cell fate choices ultimately required for yielding proper numbers of functional, mature beta-cells.

Using a number of knockout and transgenic mouse models and cell lines in combination with modern molecular biological approaches, we are currently dissecting the roles of Notch signalling in regulating beta-cell formation during normal pancreas development. We envisage that the insight gained from these studies will be instrumental in developing robust protocols for generating fully-functional beta-cells in vitro for transplantation purposes.