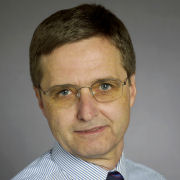 Research
In 1987 I was awarded the Doctoral Degree in Economics (dr.econ.) by my Alma Mater on the basis of  a thesis on the development of the fiscal ideas in Denmark from 1930 to 1945. In the thesis I combine the purely history of economic theory aspects with the Danish economic-historical context.

I have subsequently published a number of qualitative studies on the fiscal effects and on the Danish unemployment rates in the 1930s.  Alongside my research in the history of economic thought, I have conducted extensive research in the industrial exploitation of the mineral Cryolite from Greenland between 1856 and 1990.

In recent years I have made special studies of the Danish economist Jens Warming's contributions to macroeconomics and fishing economy. Besides, I have, in collaboration with Professor Michael Møller (CBS) studied Danish banking and credit association's history.