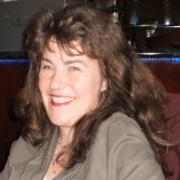 1) Cultural barriers to breast cancer diagnosis and treatment in Southeast Asia. Collaborative research project with Associate Professor Dr. Mikael Hartman, National University Singapore, and Professor Cynthia Chou, University of Iowa, USA, exploring the potential cultural barriers that may lead women in Southeast Asia to delay presentation and diagnosis with breast cancer. My particular focus is on breast cancer symptom recogniton processes among Malay Muslim women in Singapore and Malaysia. Malay women have the lowest incidence of breast cancer in multi-ethnic Singapore and Malaysia, but have the highest mortality from breast cancer.

2) Prince Peter and the Third Danish Expedition to Central Asia. Collaborative research project with Associate Professor Trine Brox and the National Museum of Denmark. The focus of this project is Prince Peter’s ethnographic knowledge production during the seven years he spent collecting material and immaterial cultural heritage in the north-east Indian Himalayan town of Kalimpong during 1950-1957. Here, he was part of and later leader of the Third Danish Expedition to Central Asia. The aim of the project is to trace the biographies of Prince Peter and his Tibetan collaborators and the biographies of the Tibetan artefacts, accounts and anthropometry he collected. A particular focus is on Prince Peter's studies of the dynamics of Tibetan polyandry.