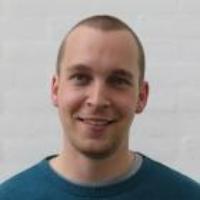 Since 2014 I have been employed at The Cultural Heritage Museums in Holstebro Municipality and participated in the research project An Aerial View of the past - Aerial archaeology in Denmark (www.fortidensetfrahimlen.dk), which was associated with the EU-project ArcLand (www.Arcland.eu). My work consisted of analysis and interpretation of historical vertical aerial photographs, small targeted excavations and attempts with different non-destructive technologies in connection to archaeological prospection.

My academic interests are centered on settlement and landscape studies - parred with an interest in methodology and theory. My temporal preferences revolve around the late prehistoric periods even though I occasionally stray further back in time.

My PhD project explores a new perspective of the current political debate about the outskirts of Denmark - an archaeological perspective. Even though outskirts are known from contemporary debates, the societal perception of regions as peripheral can be traced far back through time.

Even in a prehistoric setting similar outskirts can be traced, but the great difference is, that these perceptions are not based on contemporary opinions, perceptions or agendas. Few written sources exists from these periods, and even fewer can convincingly produce conceptions of prehistoric landscapes divided into centers and peripheries. Nonetheless, the past is structured by these concepts and attempts to clarify prehistoric structures of society or prehistoric perceptions of society. When the past is structure in accordance to thoughts of material importance/unimportance or presence/absence the conceptions of the past becomes very similar to how we today discern between centers and outskirts.

In the outermost Western Jutland - the sea- and fjordscapes - this means, that the contemporary outskirt understanding of the region has allegedly roots back around 200 AD. A situation, that becomes even more apparent, when the surrounding landscapes and trade networks are taken into consideration, e.g. the trade in the North Sea during the late Iron Age and the subsequent Viking seafaring. Nonetheless, the periphery is strongly embedded, almost implied. A situation that fortifies and anchors regional and local outskirt identities.

The purpose of the project is to investigate the discrepancies between thoughts of centrality and decentrality in an archaeological context and what consequences this have – both for the understanding of the past but also the present.