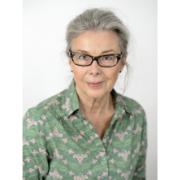 Professor in the Department of Sociology, Copenhagen University since January 1994.

Professor II (adj. professor) Centre for the Study of Science and Humanities, University of Bergen, Norway (2006 - 2007).

Consulting Editor, Journal of the History of Sociology, Sage Publications (since 1999)

Member of the Editorial Council, Sociologisk Årbog, University of Oslo (since 2001)

Member of the Editorial Board, Comparative Sociology, Brills, Leiden,The Netherlands (from 2008)

Social theory and philosophy, sociology of science and knowledge, legal profession and socio-legal studies.  Coordinator of a research project sponsored by the Danish Social Science Research Council (Professional power and professional organization) 1997 - 2002); Coordinator of NOS_S research program concerning the social landscape and bio-technological research, COMPASS (2001 - 2005); Member of STAGE: EU - network concerning governing of science and technology in Europe 2000 - 2004); Member of Muscipoli: EU-network concerning the management of uncertainty in science policy (1999 - 2003): Member of EU-network on Technolife: a Transdisicplinary approach to the emerging challenges of novel technolifes: Lifeworld and imaginaries in forsight and ethics. (2010 - 2011) http://www.technolife.no/ Member of Nordic Pragmatist Network 2010 -

I have been directing a great number of ph.d. dissertations, previously at Lund University and now at Copenhagen University.  I am regularly serving as a member of ph.d. committees all over Scandinavia. The same applies to evaluation committees of academic positions.

Recent community activities within the field of research and teaching:

Participation in several Scandinavian, especially Danish seminars, on The Societal Challenge of the Bio-Sciences

Invited as a speaker to the Essen Conference on Knowledge and Freedom, April 10 - 12, 2006 (Presentation: "Two Concepts of Freedom and their Implications for the Question of Knowledge").

Coordinating Ph.D workshop On the Logic of Social Inquiry: Towards a Renewal of Explanatory Efforts at Bergen University, Sept. 26 - 28, 2007,

Invited as a plenary speaker to Tromsø University (August 2007) in a ph.d. workshop on "abduction and social science".

Scandinavian Critical Theory Network: Paper (with P. Fallesen) on 'Freedom is just another word for nothing left to loose - Or Clawing at the Edges of the Social'. Presentation, Roskilde Unviersity, Nov. 2009.

'On the practical-material turn in the social sciences'. Lecture-serie on what is New in the Social Sciences, Copenhagen University, December 2009.http://www.samfil.dk/'

On continuities and ruptures - on the many forms of pragmatism today', Presentation, Nordic Pragmatist Conference. Uppsala 1-2 June, 2010http://www.nordprag.org/npc3.html.