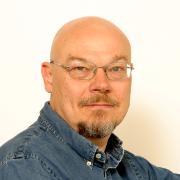 Associate Professor of philosophy at the Department of Media, Cognition and Communication, University of Copenhagen.

Over the years I have been working with various fields in Philosophy of Science and Metaphysics. I dedicated myself to philosophy of space and time, quantum mechanics, causality and more recently with explanation, interpretation, and the methodological differences and similarities between the natural sciences, the social sciences, and the human sciences.

My current research consists of writing a book with the title Understanding by Science. Here I attempt to show what biology can tell us about understanding, and what philosophy can say about science based on a naturalized concept of human understanding. But I also work on philosophy of quantum mechanics and have to prepare a talk about causation in physics and biology and one on understanding the relation between mind and the machine.

In addition I have acted as peer reviewer for Norges Forskningsråd, Sverige Riksbanks, and The European Science Foundation.

1971: Silver medal for the price paper of philosophy, University of Aarhus 1970.

2000-01: The Danish Advanced Institute for the Humanities

2008-2009: The Danish Research Counsel for Culture and Communication