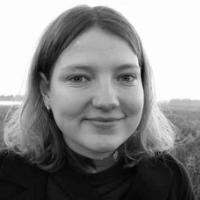 Ingrid Helene Brandt Jensen is a PhD fellow in Political Theory at the Department of Political Science working on democratic theory, new materialism and affect theory within the research initiative Democratic innovations in a Green Transition (DIGT) led by Professor Lars Tønder. She has a master’s degree in Political Science from University of Copenhagen.

Her PhD project has the working title The Democracy of Climate Citizens’ Assemblies and explores the impact of Denmark’s climate citizens’ assembly on the green transition. The project traces how the encounter with the climate citizens’ assemblies in a European context encourages us to rethink the idea of democracy. From this empirical point of departure, the project is concerned with democratic theory and the politics of climate change.