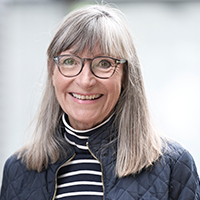 Before appointment as Professor, Department of Science Education, Faculty of Science:

I have directed research projects during the last two decades primarily within the fields of upper secondary education and university education.
From 2004 to 2011, in addition to research and teaching activities, I have served as Director of the Centre for Research in IT & Learning, Institute of Information and Media Studies, Faculty of Humanities, University of Aarhus.
Since 2012, I have also served as Research Program Director for the research program Educational Research, Learning and Media.

Listed below are the main research projects where I have served as director:

My primary research interest lies currently within the field of communication forums: Internet and computer-mediated, various forms of face-to-face communication forums as well as hybrid forms. This field is joined with the concepts of learning, teaching, pedagogy, didactics. The current focus of my research is on the themes of the organization of teaching, communication environments, and learning perspectives.

In recent years my theoretical perspective has focused on N. Luhmann's system theory, communication theory and theory of knowledge. I have attempted to apply this approach to, among other areas, concrete empirical fields, which at present concerns research within the general upper secondary school and higher education with respect to the use of IT viewed in the perspective of learning and teaching.

The approach involving system theory is furthermore the point of departure for research I am doing on the concept of complexity and empirical research design.

The topics fall under the following headings:

Participation in Interview for Printed Media

Participation in Interview for Web Based Media

Organisation of and participation in conference

Membership in committee, council, board

Membership in board of company or public organisation