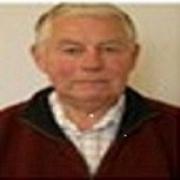 A simulation and projection study

This study reports an interpretation of heterogeneity and biological selection in the framework of a multiplicative hazard model aiming at separating latent biological variety from hidden period effects in human survivorship. The model assumes independence of individual genetics and biological decay with age; together constituting the biological component of survivorship. Furthermore, the model hypothesizes independence between the biological components, on one hand, and shared environmental influence upon mortality on the other hand. Human control of survivorship has been subject to large variation historically and has augmented immensely over time. To obtain a consistent interpretation of latent heterogeneity and selection allowing for randomness, we fit the model to historical and predicted cohort mortality change at population level by stochastic micro simulation. Consistent prediction of latent survivorship at the level of individuals makes the model particularly useful on evaluation of selection effects of environmental impacts on survivorship, both in historical settings and on appraisal of the course and direction of future mortality.

Statistics Sweden is leading regarding careful description of long historical time series on mortality. Even though official extrapolation of mortality rests on questionable use of popular parametric modeling, the outcomes in terms of three alternative trajectories attract general interest by their reflected scope for continued reduction of mortality. Death risk cannot be nil but may approach nil asymptotically whether estimable or not. If empirical mortality approaches nil, the environmental period effect will tend to nil i.e. to full human control of mortality. Statistics Sweden does not consider tentative future lower limits of mortality.

In this study, we explore the capability of our model to describe empirical and projected survivorship by fitting it to male and female mortality of Swedish cohorts born between 1751 and 2060 (2111) as reported by Human Mortality Database and Statistics Sweden (Sveriges Statistik). We assess three alternative official mortality projections by their micro implications under the frailty-and selection model, in particular change in frailty related mortality with impacts for sex differentials; a central issue being the pace of future change associated with period effects in human survivorship while approaching a tentative lower limit of human mortality. Missing valuation of selection issues related to frailty on conception, biological attrition and postponed biological selection probably makes the official mortality projection of Statistics Sweden somehow optimistic up to and beyond 2060.

An important merit of the frailty-and-selection model is separating biological heterogeneity from period influence on human survivorship. The study shows that human mortality reducing control has been far more successful than evident from empirical historical mortality blurred by latent biological heterogeneity. By fitting a three-factor multiplicative intensity model to the recovered period effects purged of latent biological heterogeneity, we find that period impact has been almost proportional in terms of the factors sex, age, and time from the nineteen seventies to present. This opens promising prospects of using the model for the purpose of projection.