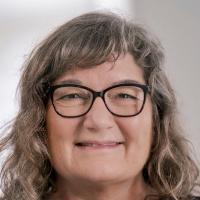 I teach and conduct research in Visual Culture and Art History. Jeg teach methodologies for visual analyses and other aspects of visual culture. In my research I am focused on socially engaged art and art festivals in contemporary Japan. Other themes include the relationship between art and technology, robot culture, as well as performance, nationality, and gender in Japanese contemporary art and visual culture. I have interest in cultural exchange between Japan and the West, including Japonisme, Orientalism and Post-Orientalism. I have worked as a consultant for a number of exhibitions on Japanese art in Denmark.

In the period 2018-2019 I am leading the international research network Collaboration and Community Building in Contemporary Art in Japan and Denmark, supported by the INP programme at the Danish Agency for Science and Higher Education. The purpose of the network is to expand a collaboration with Japanese research and art institutions as part of an investigation of socially engaged art in a globalized world. My own focus is on how art can provide new forms of communities for elderly people in rural areas, as well as a critical approach to evaluating the effect of socially engaged art. The network will furthermore develop new methodological approaches in an interdisciplinary field of art, aesthetics, and anthropology.

I am co-founder and project manager of ROCA (Robot Culture and Aesthetics), a research network focusing on practice-based research into the intersection of art, technology, and society. I am especially interested in artistic interpretations of the social function of robts, as well as the imaginaries about robots created through film, literature, comics, and other cultural products. I also investigate imaginations about other cultures that are connected to technology, such as techno-orientalism or techno-nationalism in the relationship between Japan and the West.

I teach in methodologies related to visual analyses, and I focus on how to give students tools and skills in analysing visual material, both for their further studies and for their future jobs. Class room teachin includes concrete practice in close collaboration with students, who contribute by collecting and analysing examples from visual art and everday visual culture. I supervise wihtin the field of Visual Culture, including BA projects and MA theses about photographu, contemporary art, performance studies, gender, Japan, Orientalism, anthropology, and many other eareas.