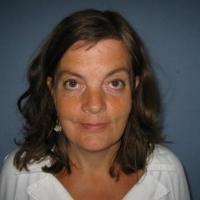 With a theoretical as well as a practical point of departure I teach film and media production including screenwriting, idea development, conceptual thinking, picthing skills, and aesthetics in audio-visual communication. The aim is to produce short audiovisual products factual as well as fictive for net and for TV.

Through my own practical experience, I know how important it is to tell stories about interesting people, real or fictional, and create engagement for the spectator / viewer.  I therefore work with dramaturgy and narrative techniques, cognition and aesthetics in connection with campaigns or branding on social media. The students produce short documentaries and fiction films, journalistic features, web series and transmedia projects. Recently, my students have also produced Virtual Reality. I like to work with external partners so that the productions are embedded directly in a context.

I have taught audio-visual production on the bachelor level and two practical profiles belonging to the Creative Media Industries and Film and Audio-visual Aesthetics at Master Level. The courses are Creative Media Industries, Production and Communication, and Film Production. In addition, I have taught screenwriting and idea development, and I have been a co-teacher in an interdisciplinary idea development and entrepreneurship course.

I worked for nine years at Denmark's Radio, where I have produced, wrote and directed children's programs. I have been a manuscript reader at The Danish Film Institute and for Sources. I have produced a film website at dr.dk/skole and spent one year at the USC film school in Los Angeles. In addition, I have a longer coach education and have taken several individual subjects at Department of Psychology (University of Copenhagen) such as personal psychology, biological and neuropsychology and social psychology.

I can supervise Bachelor and Master level in the following areas:

Film and television production from a practical-theoretical point of view.

Shorter productions associated with campaigns and branding e.g. in connection with an external partner.

Narrativity and storytelling in various media, e.g. as transmedia productions.

Creativity theory and idea development where practice and theory are connected.