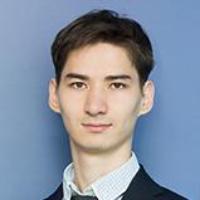 Serotonin, or 5-hydroxytryptamine (5-HT), is a neurotransmitter related to mood regulation, appetite, sleep, memory, learning, and the feelings of wellbeing and happiness. The serotonergic system is very complex, comprising 14 different receptors, most of the G protein-coupled receptors (GPCRs). This project has a particular focus on the 5-HT2A receptor, which is a validated drug target in the treatment of schizophrenia, cluster headaches, and glaucoma. The results of my specific Ph.D. project will be a ligand database including biased agonists in two subsequent versions: one internal for the SAFER project and additionally a public available version via GPCRdb to serve SAFER and the wide GPCR academic and industrial research communities, respectively. This will store and present biased agonist ligand data, by leveraging on the already well-established community hub GPCRdb (2500 monthly users). I will incorporate commercial compound catalogs into the GPCRdb database to allow experimentalists to easily order candidate ligands for a given receptor target.

I have implemented and validated methods to calculate bias between different pathways, developed a ligand database incl. biased agonism (both for internal use in SAFER and for publicly available data) and developed a web interface for the biased ligand database with public data, which is also ready for the SAFER data.

I have developed the GPCR ligand database containing biased agonist ligands as integrated within GPCRdb. The database is ready for incorporation of biased ligands from SAFER. Currently several ligands from SAFER have been identified as having bias and planned to futher pharmalogical validation to confirm the biased signallingand thereafter make it available to the scientific community. Development of the ligand database includes biased agonists in two subsequent versions: